Peter graduated from St. Martin’s School of Art in London in 1986 when he was a finalist in the prestigious ‘Readers Digest Young Illustrators Award.’ After graduating, he practised as a freelance artist and illustrator until 1990 when he and his wife opened the Framework Gallery in Troon in Ayrshire. Peter shows his work in several galleries and exhibitions in Scotland and also recently in China. In recent years he has won several awards including the Royal College of Surgeons and Physicians Award at the Royal Glasgow Institute.

Peter was brought up in Dorset where, as a teenager, he could be seen cycling around the country lanes with his easel and paints strapped to his bicycle as he sought out interesting subjects to paint “en plein air.”  He won a few awards and sold a number of paintings and completed several commissions while still at school.

Much of Peter’s work now depicts the sparkling light of Venice and the sun-dappled cafes of Provence but he is also inspired by the Scottish Coast where they live. Cityscapes of Glasgow and Edinburgh as well as rural landscapes and harbours are all subjects he enjoys painting. Still Life painting has also been a source of inspiration, especially during the recent covid lockdowns. Whereas some artists concentrate on one subject throughout their painting career, Peter prefers to paint whatever gives him a sense of visual excitement, usually because of a special quality of light. He paints almost entirely in oil on Belgian linen but occasionally produces watercolours, especially as sketches when travelling.

“I see my work as drawings in paint, working quickly and freely across the whole canvas. I try to convey an  impression of the atmosphere and light rather than a detailed description of the subject. In particular, I’m inspired by the way light and reflections can play across ordinary objects and familiar places, giving them a fresh beauty.” 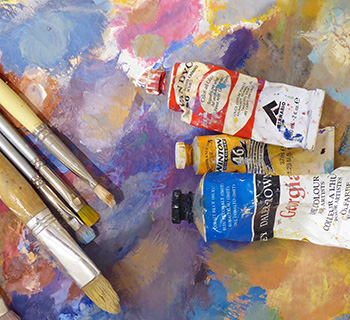 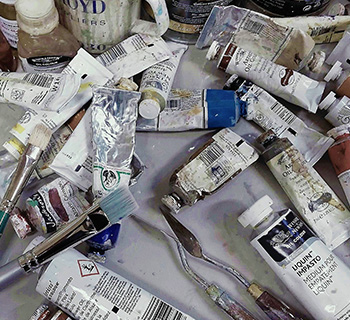 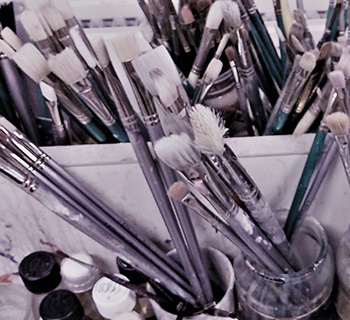